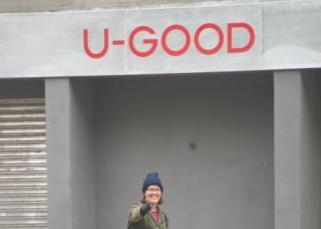 This train of clicking around and browsing started when I told someone “long time no see,” which a teacher had told me is good Chinese grammar. I think it’s a literal translation of the Chinese characters, but a bad translation into English. In English, I would say, “It’s been a long time since I’ve seen you.” Hao3 jiu3 bu4 jian4 is the Mandarin. It’s beautiful because Chinese can be so simple and elegant like the answer to a math problem. But translating character by character doesn’t communicate all the meaning that resides in those four characters.Hao: a plentiful/good amount, jiu3, a long time, so a really long time combined, but the emphasis has been over-used, like “hen hao” and “hen duo” (very good, very much) to mean just the first degree of the superlative. Then, bu4, the negative, then jian, which is like the common phrase, “zai jian” which is “goodbye,” and means “see, meet, observe,” almost like rendez-vous in French. The “bu4 jian4” is a iodomatic for “missing” and literally “not in sight.” So in English, how would this be different than, “You’ve been missing for a long period of time.” or “You haven’t been in sight for a long period of time.” “Where have you been keeping yourself?” Anyways, in English we put meaning in tons of words, in Chinese, the characters all have a lot of history. And compound characters have more meaning as well. As an English speaker I’d like to see more nuances in the translations into English.

On a box of firecrackers my brother in law bought yesterday in Chinatown, the English translation was: Drou grou. Drop to ground. In China the English translations were so bad, and in a way we were thinking they just drop letters every once in a while, like I get a stroke wrong in a character. It can’t make that big of a difference, right? hahaha.

Robert Burns, Scotsman, poet. I made some people in the Terracotta museum in Xi’an, who claimed to be from Robert Burns’ hometown, recite his poetry. One guy actually had some on hand that he read by heart.

..And in commemoration of NYE: