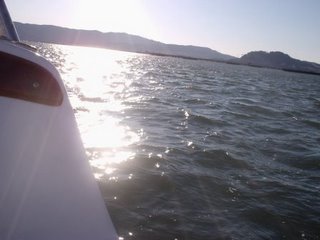 Cap’t Engine Cleaner emailed me “break the lead” and in researching nautical expressions trying to figure out what she meant, I got hooked. Now I get to test your knowledge:

match the words to the definitions:

2. “…Said of a ship visible at sea … Such a ship is often approaching port…”

3. “….the bag was sometimes brandished in front of a potential miscreant to warn him, somewhat like brandishing the mace before an unruly member of a legislature.”

4. “…During punishment all hands were called on deck to bear witness. In the case of a ship with a full complement on board this could make for a very crowded deck.”

5. “… sailors used to be told to watch their “Pea” jackets and pig-tails [queues, laden with pre-mousse tar, so that their jackets would not become tarred.]

6. … eventually, someone thought to put a hole in the cask halfway up, attach it to the upper deck, and have the water ration poured in each day up to the hole.

7. On ships, … were sometimes stacked in what was called a …, usually made from …. When it got really cold the monkey would contract forcing some of the cannon balls to …

* they’re not sure about this definition.
All definitions from Nautical expressions in the vernacular