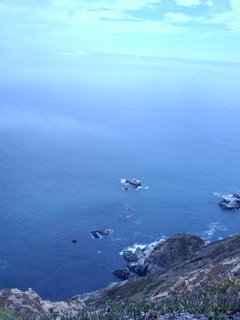 near Land’s End, the path behind Legion of Honor

Thunderstorms
In talking to my sister, who lives in an area with real weather, I noted proudly, “we’re supposed to get thunderstorms today!” Wrong. Never got them. Sure, the pavement was wet outside, but no big rattling dramatic bolts from heaven. Must our weather always be like paradise!!!???!!!

Homebound
There has been no reason to leave my apartment in two days. I have a hand injury that I’m using as an excuse, perhaps, or some Netflix movies that I must watch, then turn on director’s commentary and watch again. Then there’s a stack of reading!

And I can’t write because of injured hand… (well it’s better now, so I’m writing a little.

Vote on Blog Shift
So my new project isn’t finishing my spy novel, but turning the unfinished spy novel into a screenplay. I’m basically butchering the novel, and the author is going to be pissed. From the screenplay, I will produce and direct (perhaps act in, not sure) a movie: working title is Jiu Jin Shan, the old Chinese name for San Francisco. It may seem dramatic and crazy that I’m doing this, but I actually did it at the sprightly age of 27: Lava Lounge. I’ll have to post it somewhere in archive format. hmm. That wayback version isn’t very good.

A friend recently noted that I should blog the proces of making the internet movie. When she suggested this, I was stressing about not finishing the screenplay and having a hand injury. Since then I’ve recovered 80%, and realized that blogging about thunderstorms may not be as interesting as the process of making a movie. So you, the two people who are reading this, what do you think? Switch from SF local color to internet-movie making?

choice a: this blog remains the same
choice b: this blog switches to internet-movie blog

One of the issues I have with B is “seeing the pancake makeup on the actor.” When I was a young’un going to some community theater performance, I thought this one actress was so pretty, and then when the play ended, and the actors ran around to the lobby to meet the audience, I saw that they had this awful orange make-up on. It destroyed my illusions! I fear that that will happen with the internet movie. “This isn’t China! It’s Chinatown!” etc. All of my artifice will show :( That, and time, is probably my only reservation with an internet movie blog. I asked the helpful friend to make the documentary, but I don’t think she was game.