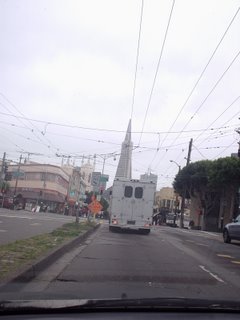 True or False? Who Cares?

Two interesting articles/blog entries on the reality of writing fiction. Malcolm Gladwell’s defense of “how opal mehta got kissed… “, and a hilarious review of it. Thanks PSB for the link. (The Opal book has the worst title in the world, can I say that now?), and James Frey admits that, hey, “everything was made up.” Frey acknowledges fabrications in sequel. My favorite quote in the article:

“I did not spend ninety days in jail, and Porterhouse is a fictional character,” he writes. “Many of the other characters’ names and identifying characteristics have been altered or fictionalized, as have major events in their lives.”

I wonder, would I be compelled to read this, if it wasn’t real? Because there is skill in writing fiction that just doesn’t exist in non-fiction writing. Suspension of disbelief, and all that. Now that I’ve been so abused by him, would I give any sympathy to his made up characters? Doubt it. Sorry Frey.

Before ranting about that, here is the great review of Malcolm Gladwell’s defense, yes, he is defending perhaps the easiest plagiarism case EVER. But the reviewer is really funny, and here is where he so aptly talks about why all of us are a bit perplexed by Kaavya & Gladwell’s defense:

Most of us feel strongly about this (as in, we spend more than 10 seconds mulling over it), is because we find it kind of tragic that someone who is not only devoid of talent but also dishonest enough to copy freely from another’s book would be paid 500,000 bucks, a sum we could only hope to make after a lifetime of blogging while at work.

The Kaavya/Opal thing: to me, it was valuable that it even happened, because it opened up a world of writing that readers were unaware of. It’s not just that someone stole the Da Vinci Code plot about weird Christian symbolism and the Masonic stuff, but that, if Brown was an elegant writer, someone could steal his phrasings, meter, punchlines, etc. Some good chicklit is getting some cred, AND people are realizing there’s more to writing a good book than just a noir plot and alcoholism. Oh god, if that were only true!