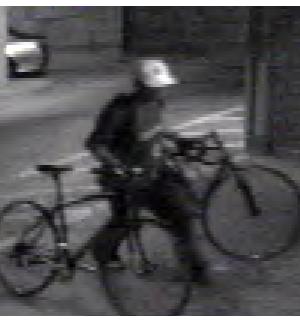 Spent a few hours on bike thief stuff today. Above is a surveillance camera shot of the man in action. My bike, and someone else’s in tow. I have a zillion or so images I’ll put on here.

Standing around Central Station- a poor tourist from some British country got pick pocketed on Acquatic Park!- and the police officer, who was a total stereotype of a police officer, mustache, attitude, relatively hostile for no apparent reason, made it very clear to me that… well that it all didn’t matter. 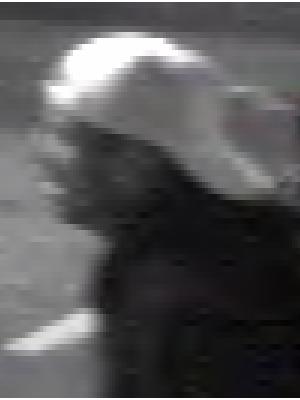 If anything fires me up, it’s that. I got the surveillance tape, and I realized another person in the condo building parked his car and interrupted the thief. Wouldn’t that be a potential witness? Does anyone care? Probably not, but anyways. 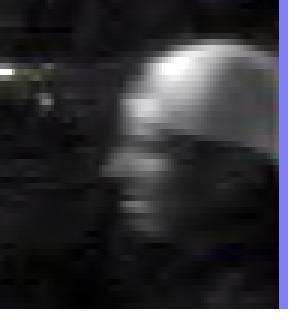 Details I found out while chatting with apt. manager and looking through this. He took off his jacket in a weird attempt to look casual, like “Oh I’m just wandering around a garage at 4am inbetween buildings (no residents walk inbetween buildings). Also, he breaks into a car and steals the garage clicker- a sure sign of so many things. He’s planning another robbery, he knows about apartment buildings, he does it before he steals anything, which I think is devious in that he causes harm to the car- a punishable offense(more than trespassing) to do something like preparing for the next robbery. To me, that says career criminal like nothing else. He steals a backpack.. no idea why. I’m surprised he didn’t break into my car since *I* could break into my car. That’s another thing that is interesting: he only steals things that are worth a lot of money- my crappy bike was right next to it, unlocked, and that didn’t get stolen. The entire robbery would have taken about 5 minutes, no lie, but this other guy interrupted him and he did a weird “hide in the elevator” thing. You see a couple of shots of him peeking out of a window in the door to the elevator- that’s kind of creepy. He probalby knew there were surveillance cameras since he’s staring at one at one point, and he knows about apartment buildings.

These security cameras have a real noir feeling to them. Good setups, good shots. 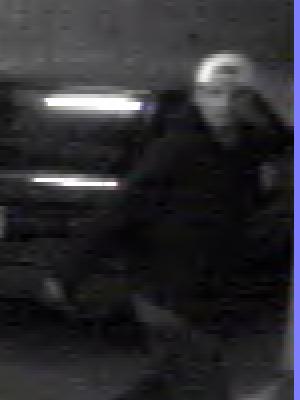