Revenge of the Tourist 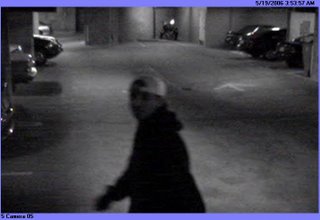 So when I went into the precinct on Vallejo, North Beach, to give them the surveillance tape (above, inserted amazing photo), I lent a pencil to an Australian tourist who had his back pocket pick-pocketed. His wife showed up a bit later. I wonder if it’s the same couple mentioned here. It is amazing that they found the guy who took it! From the Central Precinct newsletter:

On 5/25/06 tourists visiting from Australia were ‘purse picked’ in the Fisherman’s Wharf area by a suspect who took cash and credit cards. Later that afternoon, the couple was inside a record store making a purchase when they noticed a customer in front of them making a purchase using a credit card. Coincidentally, the somewhat disheveled customer had the same exact name as the theft victims. It was then that they realized the individual was the suspect who stole their property. The couple alerted security but the suspect became suspicious and fled the store. Responding Officers from Central Station including Sergeant Ed Garcia, Steve Matthias and Dwight Lee spotted the suspect and apprehended him at Columbus and Chestnut Streets. All the property was recovered and the suspect was apprehended for a Parole Violation, Burglary, Possession of Stolen Property and Credit Card Fraud. 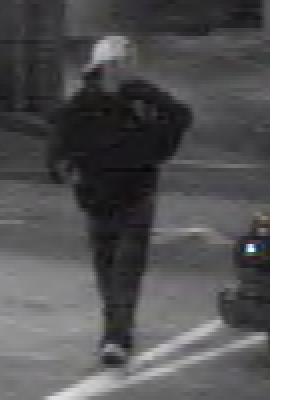