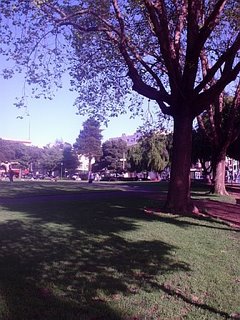 Biography by Washington Post editor, Katherine Graham, that the 60s in business, cavorting with Kennedy and the ilk, you were essentially ignored if you were a woman, and not young and pretty. This reminds me of a pet peeve with the Dot Com era, namely recently, Valleywag‘s adoration of Marissa Mayer (and here). The photographer on Flickr is Esther Dyson, who has the chops, and the background, yet for some reason VW doesn’t give her play, which is fine, I mean maybe she isn’t doing anythign newsworthy or gossipworthy.

Are there others in the old ladies’ club that should be getting better press or attention? Maybe the hotties of the world got their jobs because of youth & beauty? (there’s some report somewhere that says this works for men too). Or is this just something about the world in general and not a plot of scheming misogynists (or agists, what have you.) It’s not a big point I’m making , nor a small one really, just that once in a while I read these news gossipy sites, and I get tired of having to put on my “if I was a guy in tech” hat to read them. If instead they addressed me as a woman-in-tech, someone who didn’t want to hear about every hot new thing in the workplace. Well, unless they were a guy. Nick, come on, spice it up. Stop acting more straight than you are.

OK I must go drink, but in wrap-up, in the 10 seconds I’ve given this deep thought, I just keep thinking of all the young women who had youth & beauty on their side and excelled, and it makes me sad for those with skills, yet have neither.