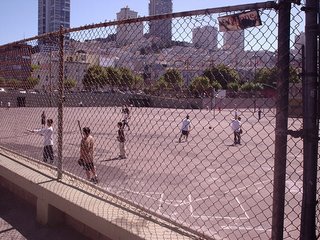 I’m watching a very colorful database performance monitor historograph that is telling me: “Your database is moving very slowly,” and all I can do is try to harmonize with the lines of flowing, colorful data points. It sounds kind of baroque, which isn’t odd when you think that Bach was a good mathematician. And from that article:

Over the centuries, math and music remained intertwined. Before the Renaissance, much of Western-based music relied on mathematics. The baroque era’s Johann Sebastian Bach, who used a highly calculated approach to composition, was famous for his submerged numerical symbolism. Take the sacred choral work St. John Passion, in which Bach composed five notes to mark the German toten (to kill) at the narrative point when Pilate hands over Jesus. The number five symbolized the Fifth Commandment, according to German musicologists. Bach repeats the theme 10 times, to musically evoke the Ten Commandments.

That reminds me of a paper I read in college about Pushkin‘s great short story (and later opera) “Queen of Spades,”– it was kind of a number puzzle. The final solution being the date of the Decembrist uprising. Yet for him it was more about hiding his political beliefs than Bach creating music (and symbolism, or religious fervor, or whatever he was trying to do.)

Random note: Pushkin’s family background is fascinating (his great-great-grandfather on his mother’s side was an African slave, purchased for Peter the Great, whose favourite he became). From here.