iMurder 1: Troll Under the Bridge 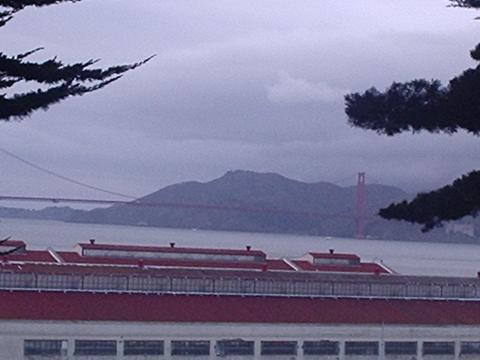 The first in a series, about a murder, dot-com style. You’re at the beginning!

Troll Under the Bridge

Mike rode into the site with Jack that morning. It was like being a troll under the bridge, working on the Golden Gate Bridge renovations. He swallowed the last of his Big Mac and started on the large coffee he’d picked up. It was really foggy this morning. Felt colder than usual, actually. Might have been the fact that he was hungover from a long night throwing back beers at Zeitgeist.

They pulled into the site and he climbed down, grabbing a hard hat and ready to procrastinate with the guys for a while until the foreman gave them instructions. But all the guys were over on the West side, looking out at the boulders beneath the fortress, checking out something. He went over there.

He felt his stomach heave when he saw her: a young woman, white skin against the boulders. She didn’t have any blood anywhere on her, but the way her arms and legs were awkwardly akimbo, he knew she was dead.