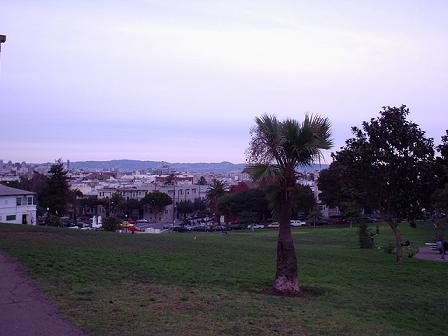 iMurder: the third in a series about a murder, dot-com style. Start at the beginning.

Detective Sosa walked through the interior of the famous biker bar to the large garden area. Calling it a garden was being complimentary. It mainly consisted of as many wooden picnic benches you could wedge into a single fenced off area. He hated going to bars during the day. It was so pathetic, staff with perma-beer guts, the dust flying around, and the mysterious substances covering everything. He wasn’t being judgemental, he was as eager as the next guy to run out here and share a pitcher on a sunny day.

Not that it was sunny. It was the fourth heavily fogged in day, and counting. His people were from Cuba, where it was sunny all the time, and people didn’t kill geeks in Port-A-Potties. Instead they died in boats on their way to Florida, not that that was any better.

It was amazing that anyone even found the victim. He was slumped in a Port-A-Potty in the far corner of the garden, sandwiched between two picnic tables that had seen better days. He knew that on sunny days, this garden was packed. The bathrooms got busy, and customers needed quick “relief”. Blue disinfectant was battling with the death smell emanating from the open john. He would be happy when he could get back to his desk and make some good Cuban coffee.

The owner sauntered over, dragging a trash can. “This murder thing is really gonna cramp our style.”

“Do you really get any customers on foggy days?” Sosa asked. He opened his notebook, old school style, and started drilling through the questions. “Before I leave, can we go over some of these questions again? Who discovered the body?”

“Me. I’m doing clean-up on slow days. I was power-washing the johns and when I opened the door, ugh, there he was.”

“And you didn’t recognize the deceased?”

Mike rubbed a large dragon tattoo that curled from one arm to another. “No, haven’t seen him before. We had this big geekfest here last night, though, so it was probably one of those. Yeah he was one of those. What did his shirt say? ‘I’m blogging this.’”

“He’s not blogging it now.” Mike didn’t laugh. “So, what was this geekfest? Ever catch a name?”