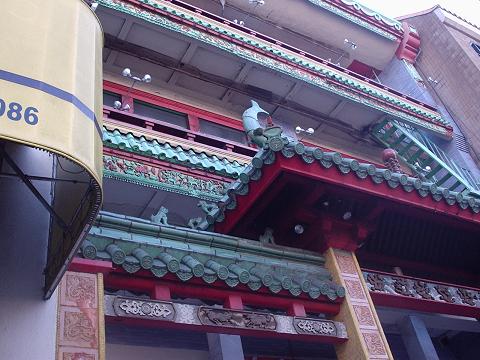 The sixth in a series about murder, dot-com style.Start at the beginning.

Beth swivelled around idly on Jelly’s chair. She had dropped by Mac’s office before going to a happy hour downtown. She had spent the last few hours in Dolores Park reading. Jelly had no books at her desk. She had a stress squeeze toy that looked like a dildo, with “SF Aids Clinic” printed on the side. Jelly had really worn this puppy out. For a total contrast, Jelly had pinned on the wall next to her monitor a photo of her and her nephew sitting on a park bench. He was playing with her bag, taking things out of it and playing with them, Beth supposed, since he was twirling a little book around in his hand by an elastic strap, and the bag was open on his lap.

“I’ll be just a minute, we need to crack open some new tequila.” Mac said, poking his head into the office he shared with Jelly and another developer. Their office was a converted Victorian, and this room used to be the dining room. It had started as a joke in the office, taking shots here and there, and now most visitors brought a bottle to celebrate something or other.

“What do you think of all those flowers, amazing, huh?” Mac said, and then left, not waiting for an answer.

Jelly’s desk was festooned with flowers from friends, coworkers, family. She was very well-loved. Which made Beth think again about who could possibly have a motive to kill her?

She had visited the Central district police department that morning to help Sosa slog through the references to dot-com players, companies, tips, and tech jargon.

“It’s not that I don’t get this stuff, it’s that I will miss something, I know I will.” He said, pulling a hand through his hair. “You feel like dim sum? There’s an awesome place nearby, and my partner Mike can join us.”

Mike, Sosa, and her walked two blocks to Lychee Garden, a sit down Chinese restaurant on Powell. She wondered if they’d get “the discount”- free ride for uniforms- but was pleasantly surprised when the waitress dropped a bill, though only a whopping total of 10 dollars for three people, after the meal.

“So Julio tells me you’re some internet genius.” Mike said, struggling to get an oily potsticker between his chopsticks.

“Oh, I was just in the right place, at the right time.” Beth sipped the jasmine tea. “I have always done computers, and then I got in with a good company, early. I’ve known Jelly for ages, though. Before all that stuff. I actually convinced her to move here.”

“What kind of name is Jelly? Where did she get it?” Mike asked.

Beth proceeded to tell them almost all she knew about Jelly. By the end of the meal she felt defeated. They were never going to find the killer. These guys had such slim leads and no connections into the world Jelly lived in. Before she left the precinct, Sosa made a copy of all the tips he’d gotten and gave the stack to her to follow up on her own.

Finally, Mac stood in the doorway. “Are you ready? Let’s go.”

They were headed to a happy hour hosted by a gossip rag for Silicon Valley. Earlier this morning she had dreaded the prospect of yet another industry event where nerds took a million photos of each other and slimy PR people pushed their business cards in your face. Now, she was looking forward to going. After reading through that file, she realized that almost everybody mentioned in it was going to be there.

Mac came over and started giving her a shoulder massage. “You should be giving me a massage. I’m the one that worked all day while you lounged.”

“I met with Detective Sosa today. So I kind of earned this, really.” She laughed. “But it’s a different stress, I mean, all this, it makes me choke up. The flowers and all.”

“So why would someone do this?”

“We’re all asking ourselves that.” He rubbed her back in little circles. “We hire a counselor to come in today. They said that some people deal with grief and trauma by being overanalytical. I’m like that, you probably are too.”

“Yeah, I have more undistracted time, too. I don’t mind helping the police, it makes me feel like I’m doing something too.

Mac, did you have any idea who she was meeting that night? Sosa has absolutely no leads on that. As her friends, we should have an idea of her schedule. Sosa mentioned that she had dropped out of a Capoera class a few weeks before, and it was on Monday nights.”

“She didn’t have a palm pilot. I was always bugging her about it.”

“What did she have? Do you remember?”

Beth pulled on a velvet jacket and grabbed her purse. “Well maybe some wine will help jog my memory. Shall we?”

They walked down two flights to the street and headed down the sidewalk to BART. At the station, she opened her bag and got her wallet, ready to pay the $1.25 ticket to downtown. “I’ve got it,” She told Mac. She didn’t notice the line of five people behind her. “The photo of her and her nephew. He’s playing with her purse, and he’s swinging this little black book around. I bet she had one of those moleskines. Question is, why wasn’t it with her when she died?”