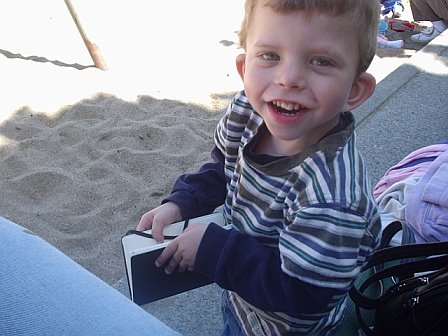 iMurder, the ninth in a series about murder, dot com style. Start at the beginning.

Beth arched her eyebrow at Mac over her empty greyhound. “Shall we?”

They had gotten as far as the bar’s anteroom when a door opposite burst open. A man appeared, then reached for Mac’s hand. “Hey Don! I’m Mark! Remember?”

Mark pumped Mac’s hand. “Oh yeah, Don was the Vice President. You were the CIO! I was in QA. It’s all so long ago, huh. Feels like yesterday!”

Mac smiled anyways and shook his hand, then turned to Beth. “Remember that job I had when we met? Ten years ago? BestBachelor.com?”

Beth smiled and nodded. “Right.” This guy – he was the obnoxious guy at the bar! She thought Mac might know him, and sure enough, he did. Mac did know everybody, it was amazing.

“I’m at this cool startup now called GiggleLoop. We do YouTube SEO.”

Beth felt the early signs of acute boredom descend on her. She was out of the industry for a year and thankfully had missed out on the creation of a few acronyms. Mac may have sensed her unhappiness, as he started to say his goodbyes, and as the final rite, offered Mark his business card, and Mark gave Mac his. Soon they were out in the foggy 1AM air. They could hear the foghorn from Alcatraz.

On Broadway, low ride Camaros and tricked out Honda Civics thumped with bass from the local rap station, played at 12 decibels. “I feel like we’re in a noir movie, combined with 2Fast2Furious”. Beth said. “I can’t be a noir detective with all of these young scantily clad kids running around.”

The girls outside the Hungry Eye strip club called at them, “Come on in! We love couples!”

“Didn’t you say this was your favorite strip club?” Mac said. He tried to pull her in there. “It’s women-owned. Oh wow! Tonight is Goth Girl night!”

“I don’t want to see some girl do pilates for fifty dollars, no thank you. I want to go to your office.”

Mac looked at her, disbelieving. “Were you the same person who was bored about 5 minutes ago when Mark said SEO? Now you want to go to my work and geek out?”

“I just knew that would entice you away from the nubile flesh of young desperate women.” Beth said, and curled her arm around his, dragging him down Columbus to Market Street, and BART.

An hour later, Beth sat on the floor of Jelly’s and Mac’s office room. She had gone through all of her drawers, desk, boxes, bags, assorted containers of condiments, CDs, and still no moleskine.

“When was the last time you saw Jelly?”

“We had a status meeting at 4:00, so we can get Australia involved, and after that, she left. I don’t think she was with us in the kitchen when we opened that new tequila.”

Beth looked around the office. One wall was a sliding pocket door with panes of glass. The other wall had a door, with more glass panes. “Was the meeting here?”

“Uh, we use that phone in the living room to conference, and setup the big cinema monitor for video.”

“So she was there at 4pm. Did she stay here when you left for the kitchen?”

“I guess so, because she didn’t go with us. Wait, she got a call. That’s right. Did they find her cell phone?”

“So whoever has her daytimer, probably has her cell phone too.”

“You know what, Mac, I don’t think Jelly had a cell phone. She has that auditory dyslexia thing. She can hear fine, but she doesn’t really put it all together. Have you ever called her on one? Or has she called you?”

Mac thought about it. “Let me check.” He dialed through his state of the art, Japanese super size-of-a-credit-card phone. “God, you’re right. How funny. I’d think I’d remember something like that. I know she hated phones, I never thought about the fact that she might not have one. Wow.” He started getting quiet, thinking about Jelly.

Speak of the devil, Beth’s rang. She answered. It was Sosa. He had a new victim, and it was another digerati: Poobar, or Diane, as he called her.

Beth told him that she was at the party, and had talked to Diane. “It may be irrelevant, but I saw someone leave the hotel that night too. He practically knocked us over as we left.”

“Yeah, he actually schmoozed my boyfriend. Name is Mark.” She waved a hand at Mac, and he understood that to mean ‘get me the business card right away!’ in couple-language. Sure enough, Mac whipped out the card and Beth read it over to Sosa.

“Great. You’re really helping with this Beth.” Sosa sighed. “Listen, it’s too late now, but tomorrow morning, I’m going to visit Mark at his job, ask him some questions. You want to come along?”

“Oh, and I’ll bring a little surprise for you.”