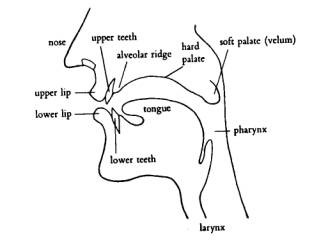 Just a snippet of what my instructor wrote on the board that fateful day of 101 Chinese.

“Huan xie wu hu chai” He wrote me. The issue here is that we weren’t writing in Chinese characters, but Latin version of spoken Chinese. Much like the early Westerners learning Chinese, he had no idea there was an agreed upon way of writing Chinese in Latin character set. (Proper way to write it:Huan xie wo he cha.”) Not that far off, but when you think of how many meanings were possible: hu means Tiger, wu means 5, etc. it becomes very complicated.

I’m amazed at how important Pinyin is becoming in China itself- in a place where you’d think it didn’t matter. Now, officially one has been taken up: zhuyin pinyin. It’s in signs all over Beijing for the Olympics, and it’s (strikingly similar to) the popular SMS input method used on cell phones. Also, Microsoft has adopted it for use in their applications as an input method.

Initials & Finals are Chinese Words
So, how do you understand spoken Chinese as an English speaker? Once you figure that out, you can find it on zhongwen.com the online Chinese dictionary.

Chinese reduces our alphabet down to only a few consonants, and only a few vowels. All Chinese words are 2 letters/sounds, an “initial”- consonant, and a “final”- vowel sound. This grid contains almost all of the possible words in Chinese! Well, at least how to pronunce. Multiply by four, and account for homonyms (different meanings, same word) and you have an approximation. In our language, we take 26 letters and create vast combinations to make words. In Chinese, they take 14 or so consonants, 8 or so vowels, 4 tones, and create combinations.

How to read the chart

So the consonants fall into buckets according to how you pronounce the initial in your mouth. Part of the beauty of this chart that I recognized later on in learning Chinese was that the organization of the sounds across the top, and within the buckets, means something. Each bucket- the first letter is voiced, second is shorter voiced, and third is non-voiced. So keep your tongue/lips etc. in the same spot and just change how much “voice” you’re giving it. Across the whole top, though, we’re progressively moving from the front of the mouth to the back.

Basic Initials and How to Say Them
What the chart doesn’t say though is how to actually place your tongue against your palate, and how to “voice”.

b,p,m,f: “lip sounds” all sound just like in English, and, hence the name “bo po mo fo”
d,t,n,l: tongue on the front of palate, same as in English
z,c,s: diff than English: Say “zo”. Notice you’re voicing! Flowing a sound through the tongue/palate placement. “c” is same but shorter voice. “s” is no voice. Make sure tongue/palate placement doesn’t change in saying each sound. Common tip for “c” is to say “cod’s eye” it’s the ‘ds’ sound there.
Now you may have seen some Chinese last names that are “tsai.” This is an earlier pinyin for the “s” sound. So unlike English it does have a little stop before the “s” sound. Like “d’s” in “cod’s eye” it’s a “t’s”. The difference between “d” and “t” is voice. So in this sound, it’s a vibrating palate sound without voice “t’s”/s versus a voiced vibrating palate sound, which is “d’s”/z.

zh, ch, sh, r: Say “Chinese.” That’s our English “ch”. Chinese “ch” is more curled tongue and farther back. Try to move your mouth in the “ch” sound with teeth closed and lips wide. Now curl tongue so tip is just before rise in palate. Should sound more like “chuh” now. In this placement, play with voicing, short voice & no voice, just breath. r <-- "r" is retroflex final, probably the hardest. Go "grrr" and remove "g". This is the "r" in "er4" "two". Another way to teach this is to go backwards. Start with "grrr". Remove "g". Try to say "ch" without moving the location of tongue on your palate. Voice, short voice, and no voice. Review: zh: go mid-palate and use voice, long ch: same as zh but voice, short duration sh: same, but unvoiced r: widen tongue, back of palate, more like "grrrr" without the "g" j, q, x: say “jeep”- keep your mouth the same and vary the voicing. So “q” will be shorter voiced, “x” will be voiceless. This is the x in “xie xie” “qing” in “please” and “jia” in family

g, k, h: same as in English. Your tongue against your palate should not move.