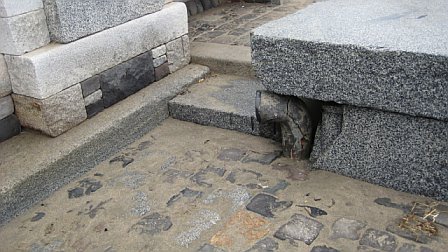 I just spent an immense amount of time on two posts:

Designing Email for Web Emails. Trying to achieve a single template that will work in proper webmail browsers. It meant basically regressing to 1998 in HTML design.

Flight of the Conchords Episode 6 Recap: “Bowie”. It’s the best thing on TV now that Lost is in hiatus! I got to write with these guys- Kulturblog- a blog I’ve been reading for about a year. Great reviewers and insight and their commenters are a (ahem) higher caliber than sf-metblogs. Hopefully I won’t get lambasted there.

Works in Progress:
Killerizr has about 2 episodes to go! It’s tough writing the confession scenes- I always think of my mom’s mystery, where she was getting to the last bit and totally losing steam. As the detective led the suspect into the investigation room, he said, “I did it!” Look, confession in one sentence. Excellent. She advised me to use the footage from the real murder case I saw. Unfortunately reality is not good inspiration since that interrogation took two hours and consisted mostly of the detective reciting the same question over and over.

Death by Homonym. This is the true crime series – documenting the homicide trial I was on the jury for. According to the jduge I can’t make money off of it in 90 days. Little does she know that I write for free. Voila!

Writing community stuff- friend has some erotica I’m helping her to get in the general writerly fray with it. Violet Blue (NSFW) has an amazing site and is basically “the editor” of all things erotica. Friend Kate from jury has a screenplay I need to read, and I’m sending her Jiu Jin Shan, the Chinese occupation of SF screenplay that I wrote a year or so ago. There’s a screenplay contest with Zoetrope, Francis Ford Coppola’s literary magazine, submissions due August 1st. Yikes, that’s Wednesday.