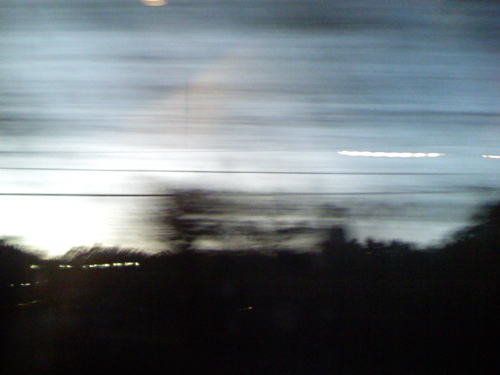 Kristin Lavransdatter: The Bridal Wreath
I ended up recommending this as juvenile fiction to a children’s bookseller in Baltimore. I read this at a young age, and remember it as a story of how she transgresses her parents’ desire for an arranged marriage in 1300s norway. Written in the 20s, by a woman who later won the Nobel for Literature, this book has an old timey style, but it works well and doesn’t seem awkward. As an adult, I really liked the story of a very dutiful and pious young woman’s awakening sexuality. That sounds like Seinfield’s, “A Young Woman’s Erotic Journey from Minsk to Milan,” but it’s not, really! And, in a great turn, Undset takes the father’s perspective in the last few chapters. Of course I loved the medieval notes on dress and houses.

What Came Before He Shot Her
This was truly awful in the first third. Elizabeth George, famous for her cottage mysteries of England (despite being a Santa Barbran!), takes on the ghetto of London, and a story of three foundlings living with their auntie, who was a raging Sex in the City single girl. Think of that awful Raising Helen movie, but they’re all black, and speak insane cockney. Very depressing in the beginning then it perks up when – wow!- everyone in the ghetto is a closet classical scholar/poet/pianist. Not surprised Amazon readers gave it two stars.

Man In The High Castle, Phillip K. Dick
I just bought this edition on a drunken stumble home the other night. City Lights Bookstore really makes money off of me in that state, I have to say. I start to read the Man in the High Castle on the Acela going from Boston->Baltimore, and got a nervous little tingle in my stomach. Yep, my screenplay/novel Jiu Jin Shan is a little too close to comfort of this plot. It was a re-read, so no idea how I missed it. Not a good beach read, in that regard.

Foyle’s War: Season 3
Great acting, and I love the 1940s costuming and sets.

Heat of the Sun A dudley do right policeman from London shakes things up in this series that is already seeming a bit dated. As my sister said, it’s depressing to see the natives constantly being beaten, but in a way that’s the point, it’s dramatic tension.

Jane Austen Book Club
You know, I know Austen books pretty well, and I was confused. I liked the story, I’ve read the book, and I like the list of sci-fi authors that the male lead rattles off. Everyone is slightly goofy in this book, and it somewhat comes across, though Kathy Baker’s role wasn’t interpreted right. Still, the ending seemed a bit too wrapped up.