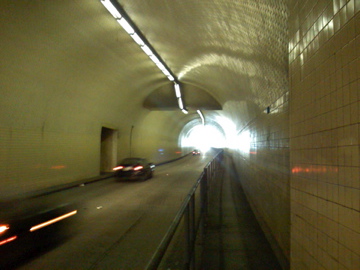 From: Beer and Chocolate

“No, no, he thinks of me as his mother, or some cougar that’s dying to get my hands on some young jock.”

“Um, no. I caught him checking you out at Wine. He’s definitely under the Melanie mojo. He didn’t seem like a shag’em and bag’em kinda guy.”

Melanie didn’t blush, she didn’t look away from her computer, she just kept typing. “Well, either way, we get the business, or I get a new lover. We’ll see tonight. If he mentions his little girlfriend at home, or if I want to meet his mother and compare gardening tips, we’ll know.”

Liz rolled her eyes and scooted out of Melanie’s office, returning to her cube but first scoring some free candy at the receptionist’s desk. Raul was standing there, thumbing through one of the portfolio packets from yesterday’s meeting.

He grabbed a candy from the dish just as Liz did, and they laughingly grasped hands, looking into each other’s eyes. “Is this a Palmolive commercial?”

He traced the palm of her hand. “I can tell you’ve been washing with Palmolive.”

They laughed, and he gestured at the packet. “You left a few over there, we hadn’t finished collating these. Do you know this Aspert company?”

“Yeah, they’re a new client, well, hopefully. I thin if Melanie lands this she’s,” and she started whispering, “Going to buy a yacht with the bonus.”

“Ah, lifestyles of the rich and the rich.”

Liz laughed. “I guess I thought working here, and being within touching distance would somehow rub off on me!”

“Isn’t that called a salary?”

I just started this record keeping technique I used to do on the other (gulp) four novels. You type in the time of day, the word debt, and your word goal. At the end of the project, you look over these little lists of numbers and it’s kind of crazy. I mean, each number is a word. It is an interesting enumeration of the creative process.

I managed to write for a solid 15 minutes and now I’m taking a tiny break. I had already thought out the scene when I was cleaning/working out/biking, and so it was pretty fast and easy to write, and I could concentrate on other things like character voices and development, and not plot. I’m having fun with it, but it is tough since I’m trying to follow a rigid plot. Working on the two murder mysteries has helped a lot in that regard, as those plots of course had to follow a certain arc. The earlier Nanowrimos were a lot more freeform.