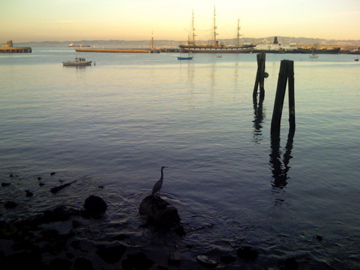 6,376 words to go. I took yesterday off, and the day before that, meaning my little ruse of playing hookey and “working” for “cash” hasn’t helped one bit. Then there’s the late night dips into my DVR collection, and getting a beer with folks who of course are fascinating and interesting, and it’s social behavior that is healthy and good, but now I have to write this many words, and at the rate I write, it’s going to take about 4 hours, IF I WAS INSPIRED. Sigh. OK not to rag on you all, but I would like to curse and blame Scrabulous on Facebook. There, I’ve said it. Despite being compulsive, I put things in my path like Scrabulous on Facebook. (And if you do load the application, drop me a note and we can play!)

It would take me 4.25 hrs to write 6,376 words! I was really close in estimating, and really if you consider it an estimate where you round off, I was right. Neat. Of course, boredom, breaks, and uninspired moments would probably equal it out to 8 or so hours, and I just can’t write that much in a concentrated period.