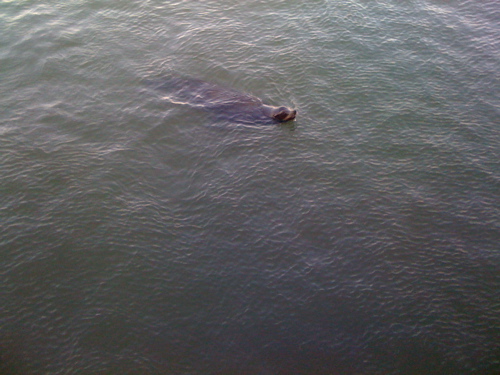 I had a job I detested once, my first SF job “landed,” as I shelved my airline bag after commuting to Seattle every week for years. I took a pay cut, and didn’t care about who I interviewed with, just happy that I wasn’t commuting. My commute was a walk from North Beach to downtown, and that was basically the only good aspect of the job, besides long lunches with the DBA, a guy who also was mystified at the weirdness of the company. This blog started during that job too- as I focused on something besides my weird workplace.

I stayed at the detested job too long. I know, because each Sunday I dreaded, with a serious dread, going back to work. I almost didn’t want Sunday to come because I knew the dreading would start. Little bit in the morning, then full on in the afternoon, then “can’t go to sleep” dread later that night. Staying up late because you don’t want to go to bed, because then morning comes. What was so horrible? A million things- little annoying stuff that bored everyone when you talked about it. The stress mainly of keeping a system afloat – a “house of Post-its”- essentially. Everyone was very image conscious- I’d get the up-and-down look every time I walked in the door. I tried to make friends- one poor choice copied my chat logs around the company*- another one worked out, the DBA. He and I would take long lingering lunches to avoid the rest of the co-workers (who were… “high school.”) It was a company trapped in Dot Com arrogant obnoxiousness. Every other company of its ilk had failed and been soundly humiliated by its cocktail napkin business plans, this one, buoyed by the big pockets of a Fortune 500, had lasted. The folks there thought they had somehow been responsible, so their egos were very intact. One guy still had business cards that said, “Guru.” (It begs: of what? Ha.)

I just went through another job change, nothing so dramatic, but now it’s already Saturday morning, and I wonder where the time went. It’s all going in hour buckets when I do look at the clock. And days whiz by. My first day job-free, I did a million things. Day 2? Bounce out of bed to fax a contract, work on sewing project, read blogs, as the day continues and big chunks of hours slip by. Today? I got up early to read some stuff before sailing. Now, I love sailing, rarely get up before the Captain is outside my door.

What’s odd is the experience of time, and how it’s hard to tell when you’re in it, that it’s passing differently because of your mood or awareness from stress. Part of the stress of that bad job was that I couldn’t see out of it- I thought there were no alternatives. Finally the Fortune 500 company dissolved the Little Startup that Couldn’t, and by no will of my own I was adrift. Even though I can’t tell when my experience of time is slowing down, I do remember that sense of dread, and I’ve managed to avoid being in situations like that since.

* I had the awkward moment a year or so later when she wanted to reconnect, and I had to remind her of a certain incident where she misused my trust. I think she was striving for some approval from someone in the company. She had one of those odd childish voices.