No! Not the SFC! (strong female character)… enter, the Lady Boss

The other day I put it out there on Twitter: find me a TV series that has a executive-level female character without a fatal flaw (I’ll nickname her Lady Boss). Because you know there are tons of strong male characters with little flaws, but nothing really bad. And it’s fun, to vicariously live in their lives and have their small foibles and solve crimes, or lead the free world, etc. on a nice relaxing night with a glass of wine and your honey. OK, so find me a lady like that.

There are basically 3 TV shows (2 of 3 by Shonda Rhimes) with female leads: “Scandal”, “How to Get Away With Murder,” and “The Good Wife.” Take that subset, and two of three, the Lady Boss has huge issues that make you question her ability to even get, or hold onto, her job. Now, this isn’t real life, this is drama, but still. If we ever wonder why don’t we have more women above a certain executive level, we literally cannot collectively imagine it. Because we, as an American television audience, don’t believe women can handle it. They’ll fall apart because of some fatal flaw to their character. 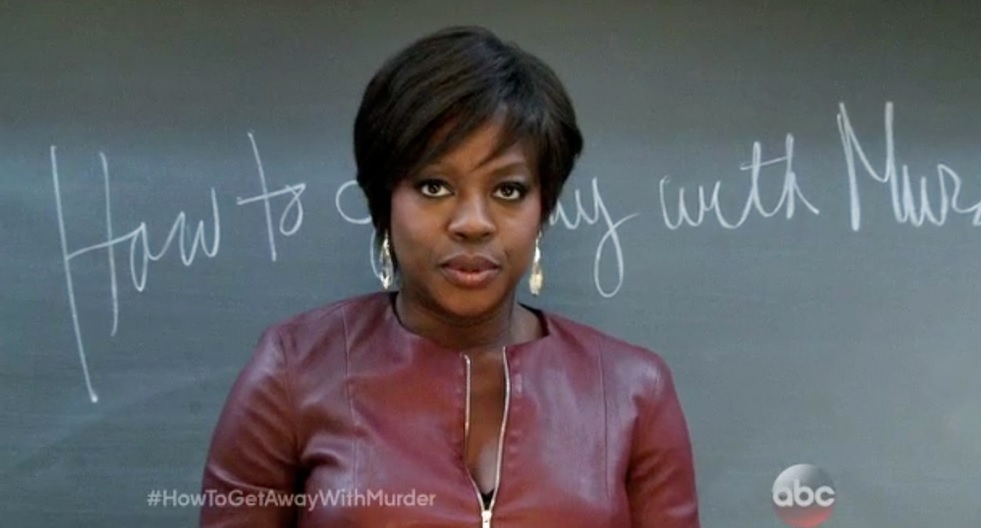 A Twitter follower suggested “How To Get Away With Murder,” was a contender, but then perhaps in the second episode you encounter that Fatal Flaw, which I will not give away.

Disappointed, I continued. Scandal… now you may become accustumed to Rhimes’ black woman and white guy relationship that is also the Fatal Flaw, so it’s almost not worth mentioning. The few and short times where she’s managing things, her lip quivering and psychotic stare got tiring. I was a fan for maybe even two seasons, then just gave up.

OK, back to my query. We have met success with “Good Wife,” and that is stellar in this category. Sure, she has some dramatic tension and issues, but she’s also just a very good lawyer and mother. She juggles, she has a sex life, and she manages things. There’s dramatic tension about her cases and her decisions, but she’s still the lady boss. But just one? Really? And she doesn’t become a Lady Boss until way later, she’s literally an intern Season 1.

So you may be thinking- there are lots of rom-coms with female leads. Yes, they are, and these women all:
– work in advertising, usually low level (exception: wedding planner)
– are clutzy (this is their flaw, besides being blind to love. I mean, really?)
– are gorgeous (sometimes, oh no, with glasses!)
– are alone (wah wah- and don’t get me started.)

The narrative arc: they miss the gorgeous guy in front of them to pity themselves, eventually they go for him.

OK back to my query: recently, a TV show arose with the best Lady Boss to date. You may not think of it because it’s not marketed to the usual demographic of Prime Time/ Modern Family-esque audience, namely, it’s for black audiences. And, perhaps not surprisingly, the writer/director is a gay black man. And that unofficial award goes to: The second episode, I think, it shows her coming out of prison, to wrest control of her ex-husband’s company (that she helped co-found). From the get-go, she’s strong, *not* psychotic, funny, loving, and in general, a kick in the pants. It’s also- what women in executive level jobs do, and do well. She manages her relationships, her family, and has spot-on business sense. She has some questionable moves, like her assistant, that you end up understanding in later episodes (good writing, Lee!) Sure, aspects aren’t great and it’s rough but I really, REALLY appreciate this form of entertainment. I’m hoping this will inspire more writers to delve into the very rich stories, plots, tensions, issues, etc. brimming in these kinds of characters.

Why *haven’t* we written good lady bosses? Well, because if you only have 3 of them on prime time in the last 5 or so years, of countless male leads. And, if you give almost all of them debilitating flaws, you are essentially doing the same as… ok, wait. Let’s talk about some similar tropes and stereotypes:
– evil gay guy
– black sidekick
– nerdy hacker
– stupid jock
– hot girl as prize
– smart asian
etc.

It’s just not original writing. It’s easy and sloppy. And, it just an injustice to those people who really are lady bosses. There’s a richness here that’s being missed. It’s a pity, and it’s just not good television, too.

* Special shoutout to Prime Suspect, a BBC series with one of the best lady Bosses, and she didn’t succumb to a fatal flaw until <spoiler />